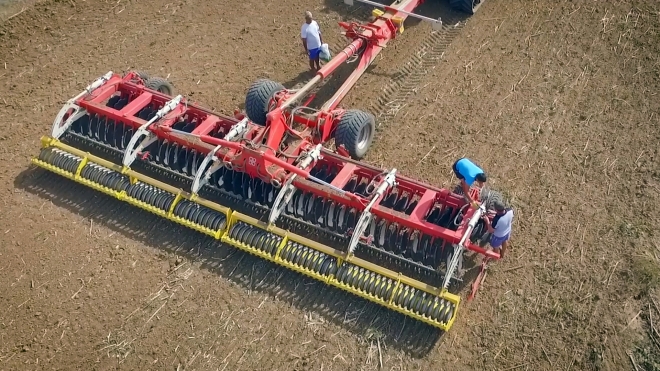 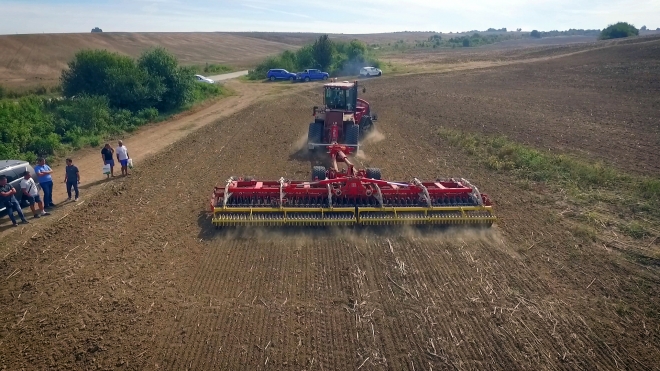 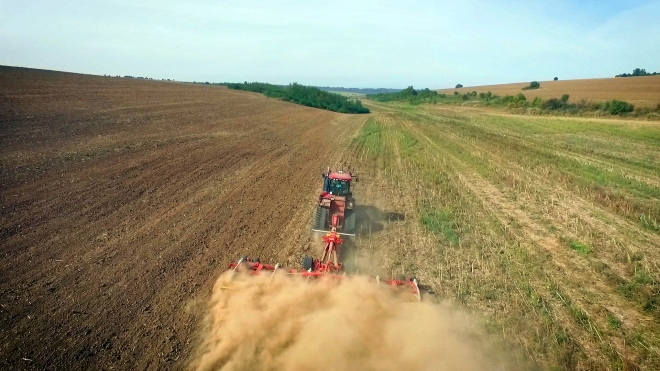 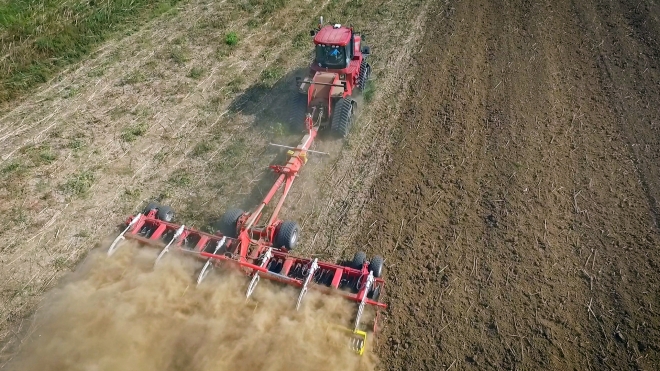 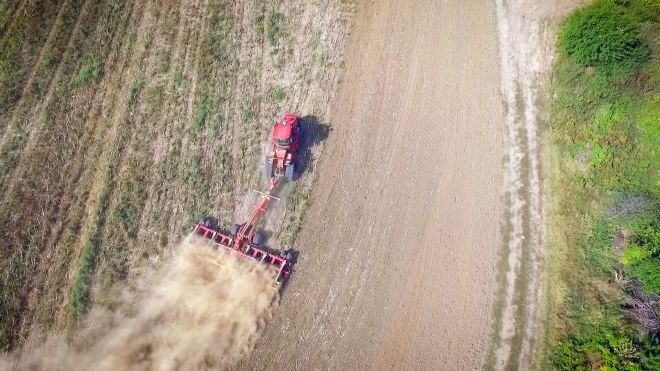 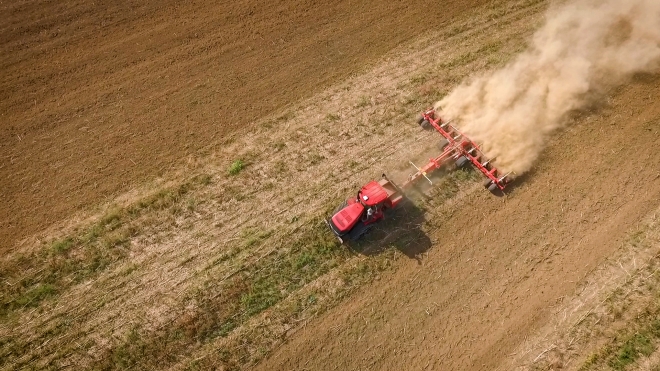 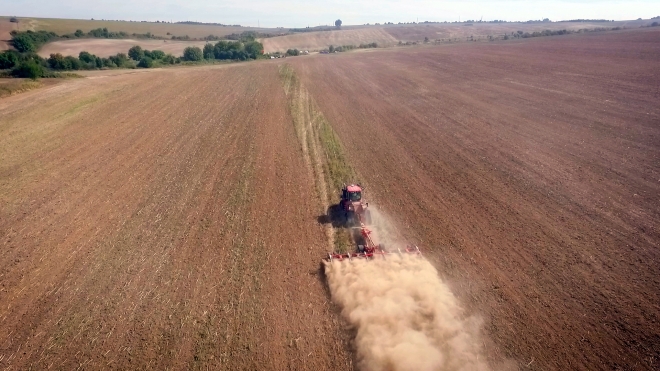 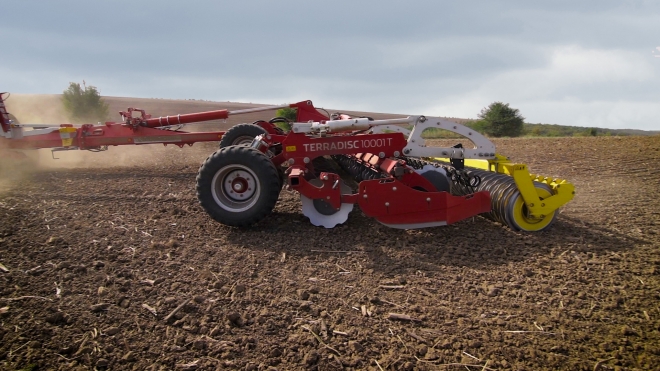 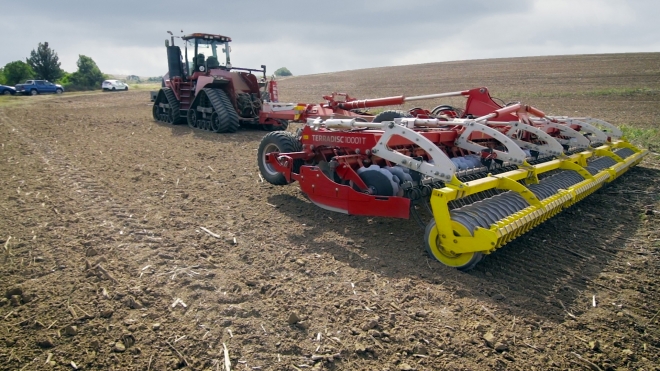 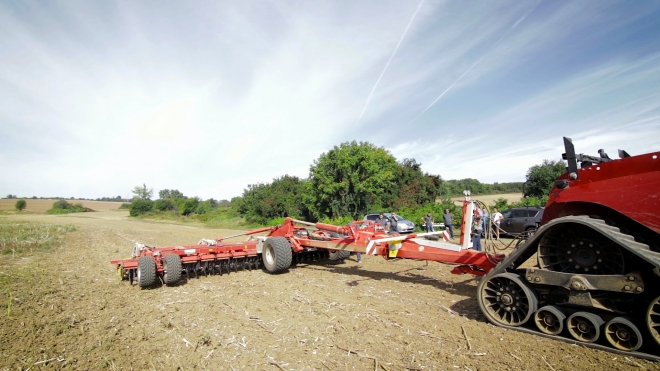 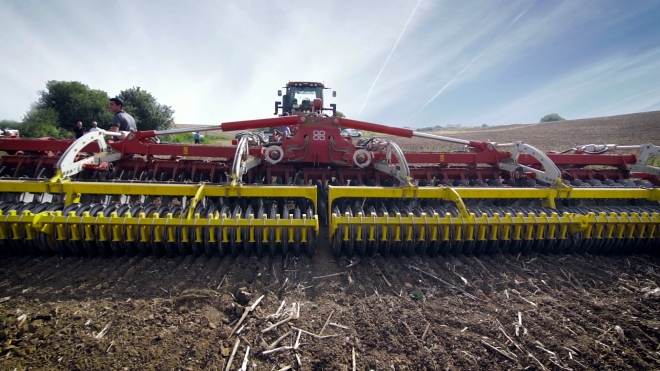 On September 21-st, the first demonstration of the new TERRADISC 10001T disc harrow from Pöttinger took place on the field near the village of Brestovets in northern Bulgaria. The machine has been working in the farm of Mr. Plamen Yotov since July this year and for that time it has managed to prove its enormous productivity.

The guests of the demo were able to observe the even soil treatment and the excellent mixing of plant residues, which are key features of Pöttinger's new harrows. Driven by the powerful CASE IH Quadtrac 600 tractor, Terradisc easily worked on the field with a speed of about 16 km/h. Despite the high speed and the heavy soils, the patented TWIN ARM system with two sturdy forged shoulders, secured to a very wide mounting plate, ensured the stable position and angle of the discs and prevented them from shifting sideways. The speed with which the operator was executing the working turns, lifting the harrow only on the roller, also impressed the farmers.

You can order your Pöttinger 8 - or 10 - meter disc harrow with a full two-year warranty from Bulagro Machines.