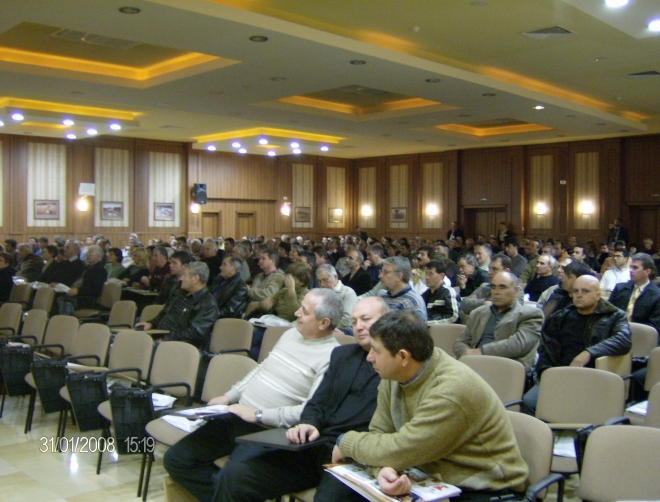 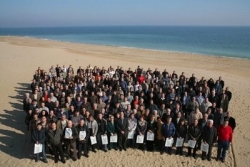 The last day of January was also the first day of the annual seminar of Bulagrо in hotel "Admiral" in Zlatni Piasaci resort. The seminar is one of the most eminent forums of its kind and this year it was visited by а record number of guests. The four hundred participants were acquainted with the most modern technologies, products and services in the agricultural sphere, the new opportunities and European perspectives in the field. Leading multinational companies like Bayer, Pioneer, Limagrain, KWS and others took part in the function.

In general the event was a great chance for the participants to learn about the features of the Common agricultural policy and the perspectives in front of the Bulgarian agriculture after joining the European Union.

Mr. Zhelyazkov and Mr. Dimitrov, Sales Directors of "Agritrack" and "Bulagro Mashines" stressed on the advantages of the technologies that they offer to the clients. Products of such world known companies as Valtra, John Deer, Poettinger and Shaffer.

The entertainment was taken care of Bogdan Tomov who was absolutely fantastic in the role of a performer and a host, but the peak of the programme was everyone’s favorite singer Vasil Naidenov who managed to touch each and every heart with his thrilling voice and lyrics.