Home  ›  NEWS  ›  OPENING OF A MODERN AUDITORIUM IN TRAKIA UNIVERSITY 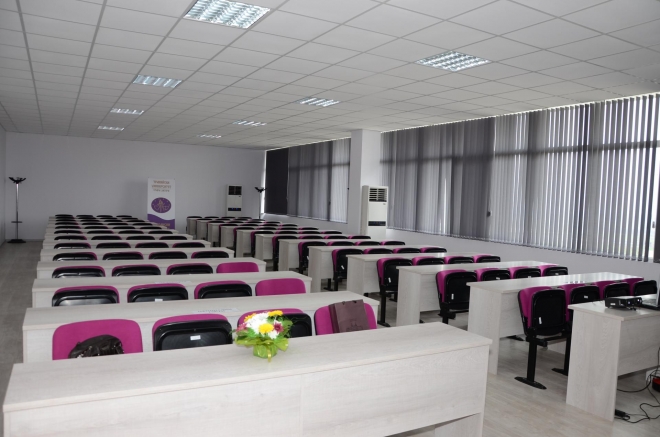 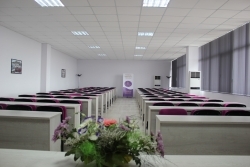 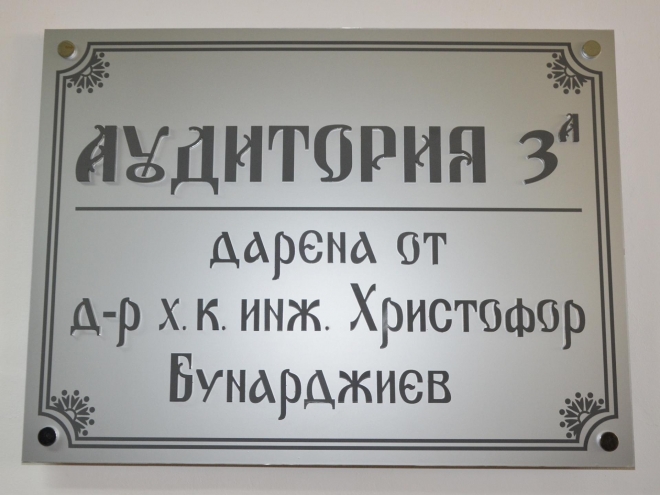 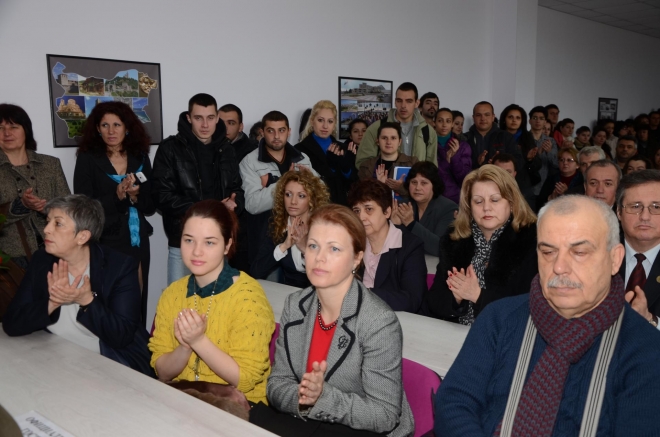 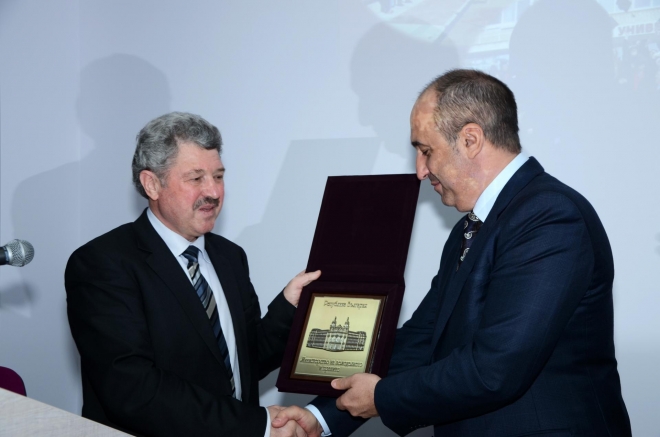 On March 26th was the official opening of the new modern auditorium 3A of Trakia University in Stara Zagora. The construction and equipment of the hall were donated by the foundation Hristofor Bunardzhiev. The minister of Agriculture and Food and former rector of Trakia University Prof. Ivan Stankov cut the ribbon of the new auditorium, together with Mr. Hristofor Bunardzhiev. The event was attended by many representatives of the local authorities, business companies, the media, as well as students and teachers from the Faculty of Economics, who were excited about the new facility.

The auditorium has a capacity of 100 seats and is fully equipped for the needs of the faculty of Economics. Mr. Bunardzhiev expressed his delight in the realization of the first cause of the foundation, which was established at the end of 2012, and promised that he would continue to support the students' development.

After the official opening part followed an interactive questions and answers session, during which the young people had the opportunity to openly ask Mr. Bunardzhiev for everything that interests them - from economics, business and politics to opportunities for professional development.

At the end of the event two of the most prominent alumni of the Faculty of Economics received scholarships from the Foundation Hristofor Bunardzhiev in aknowledgement of their success and excellence in education.