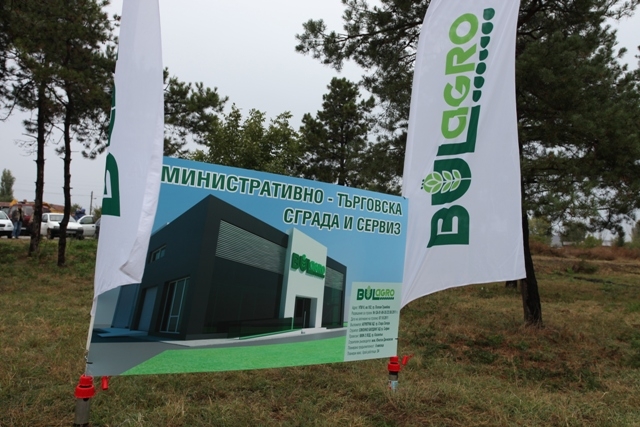 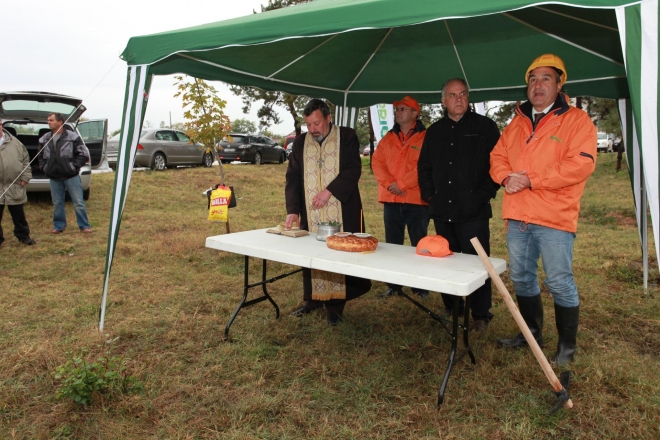 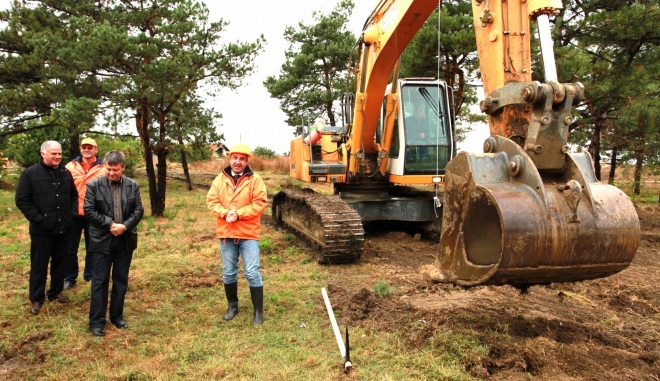 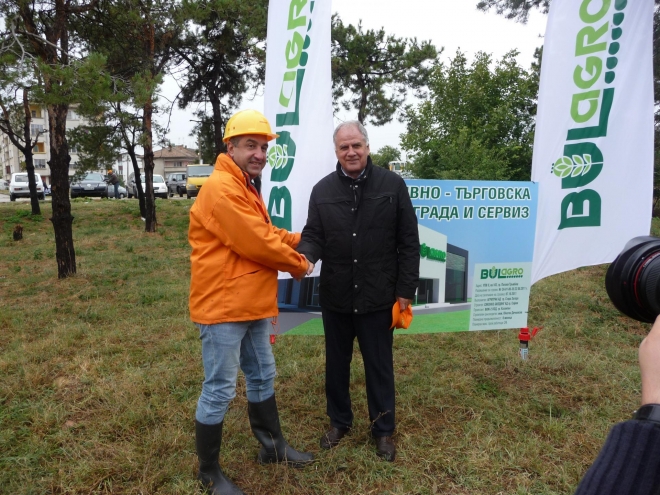 In small ceremony the Executive Director of BulagroGroup, Mr. Christopher Bunardzhiev announced the construction start up of the new Bulagro sales and service center in Polski Trambesh.
Following the last year opening of its new facility in Dobrich, this is the second of its kind investment for Bulagro, which is estimated at EUR 1 million.
The investor is Agritrack Inc., part of Bulagro Holding Group. Constructor is Siconco Building Corp. and the design of the building is the author's debut of the young architect Dimitar Chehlarov. The newfacility construction is expected to be completed in 6 months.
The plot of more than 0,4 Ha was purchased several years ago from the Polski Trambesh municipality and is located strategically on the international highway of Veliko Tarnovo - Rousse. Guest at the ceremony was the mayor of Polski Trambesh Mr. George Chakarov.