Home  ›  NEWS  ›  MEETING WITH THE AGRICULTURAL ATTACHÉ OF THE U.S. EMBASSY 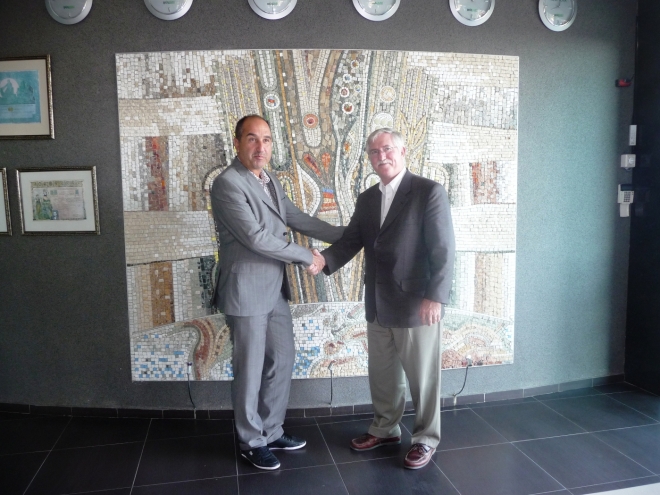 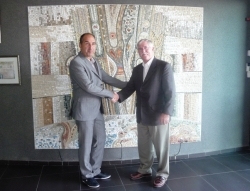 On September 26th, 2012 Mr. Michael Henney, the advisor on agricultural and food issues at the U.S. Embassy in charge of Poland, the Baltic countries, the Czech Republic, Slovakia, Bulgaria and Romania, met with the CEO of Bulagro Group - Mr. Christopher Bunardzhiev. The meeting was held on the initiative of Mr. Henney, who expressed his desire to visit the central office of Bulagro in Stara Zagora and to become acquainted with the company's activity. This was the first visit of Mr. Henney in Bulgaria.

During his visit, the American attaché was fascinated by the modern administrative, commercial and service center of Bulagro - an example of a modern business center. Mr. Bunardzhiev gave an interesting presentation on the wide range of activities of the company and the nationwide coverage of all agricultural regions in the country. Mr. Henney was impressed with the steady pace of development and growth, achieved by Bulagro.

At the end of the meeting, Mr. Henney and Mr. Bunardzhiev both expressed their willingness to participate in successful mutual projects in the future.