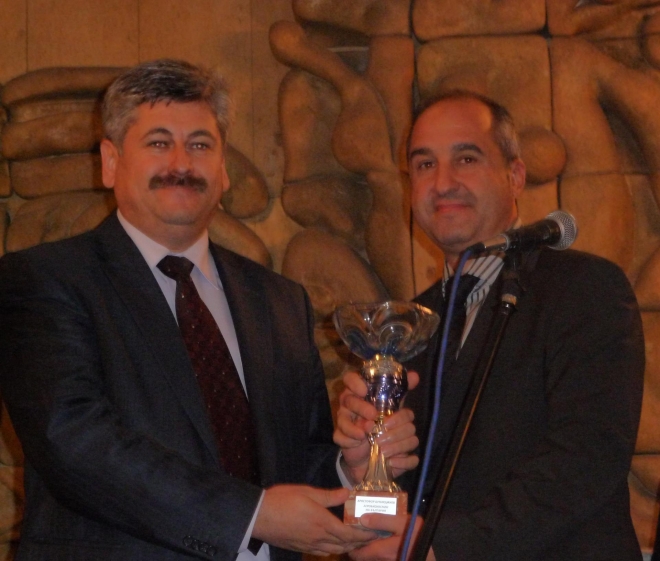 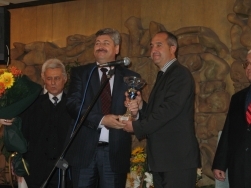 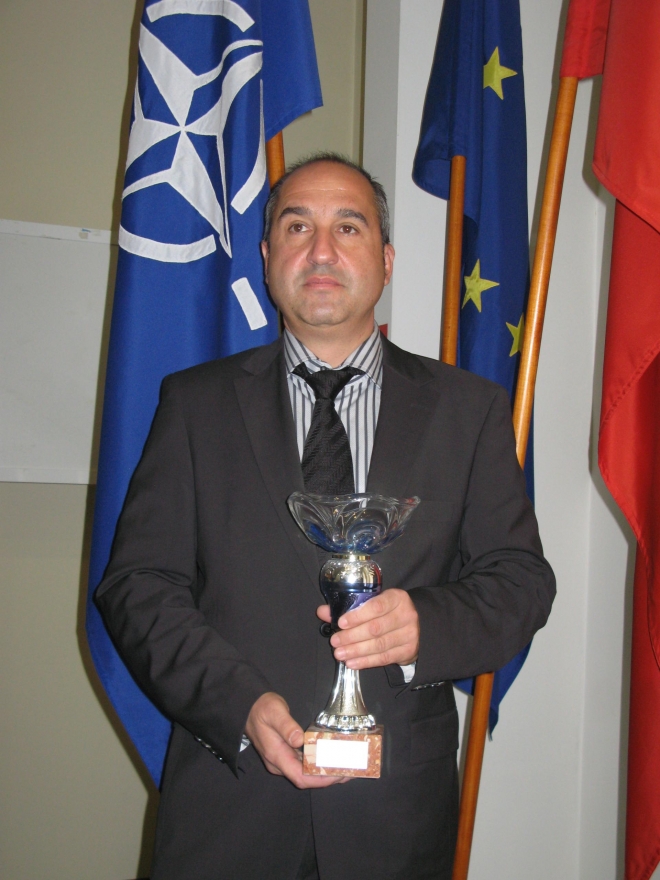 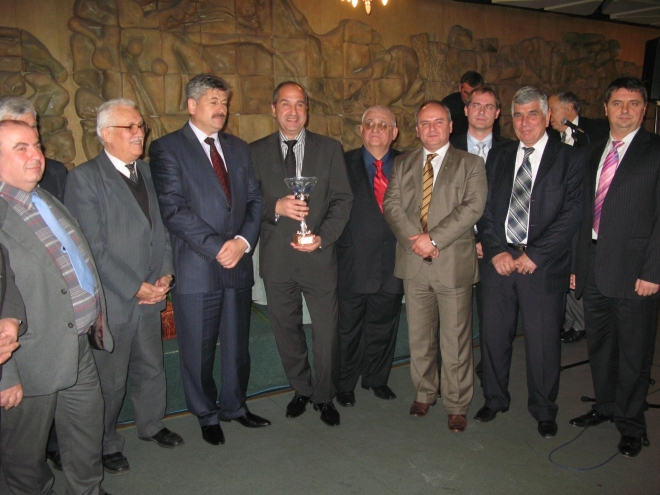 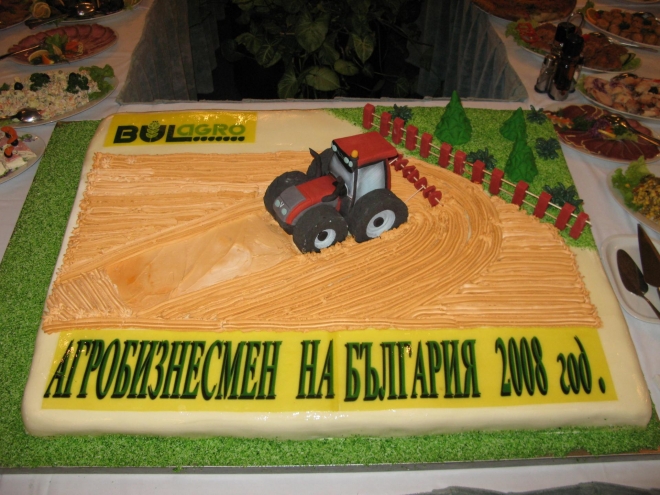 On November 20, 2008 in Sofia Mr. Hristofor Bunardzhiev- CEO of Bulagro Group Holding was awarded the Agribusinessman of Bulgaria for 2008. The award is being conferred annually by the national newspaper “Bulgarian farmer” to businessmen with progressive thinking about agribusiness.

During the press conference in Bulgarian News Agency’s press club Mr. Bunardzhiev made a presentation about the perspectives for the world and the national agribusiness. The Agribusinessman for 2007 – Mr. Stamenov, symbolically passed the award cup to the new winner.
At the official state cocktail in the evening the Bulgarian Vice-Minister of the Ministry of Agriculture handed officially the cup to the Agribusinessman of the year. The event was visited by more than 200 people- clients and partners, associations’ and business organizations’ representatives.
Mr. Bunardzhiev received congratulatory letters from the President of the Republic of Bulgaria, the Ministry of Agriculture, the Mayor of the town of Stara Zagora, universities and associations.