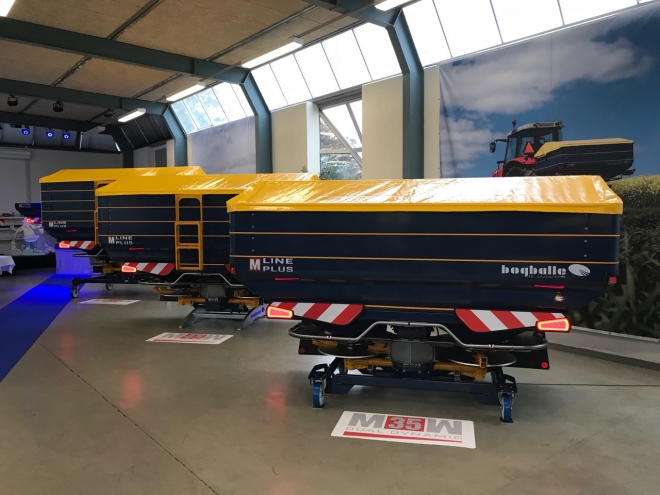 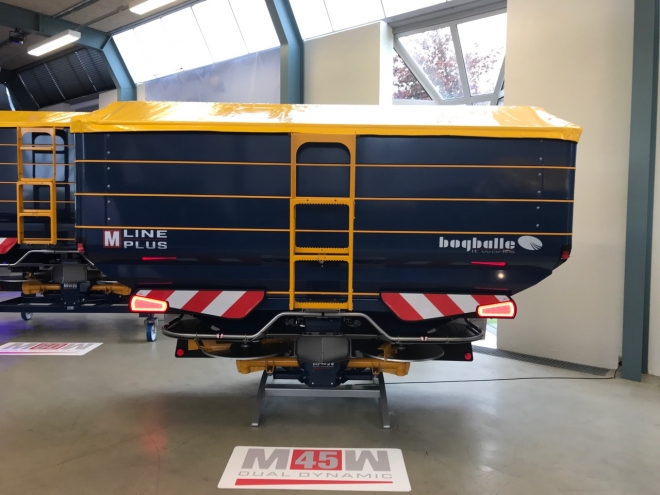 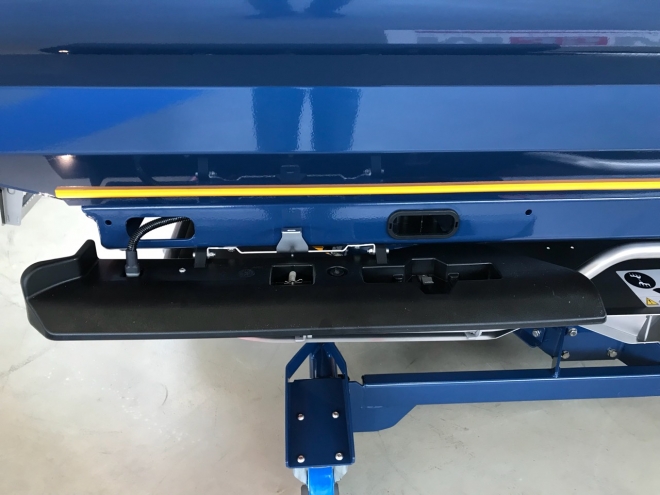 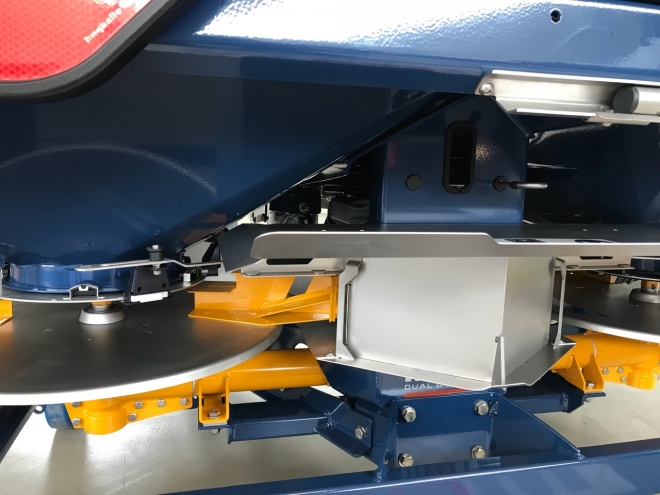 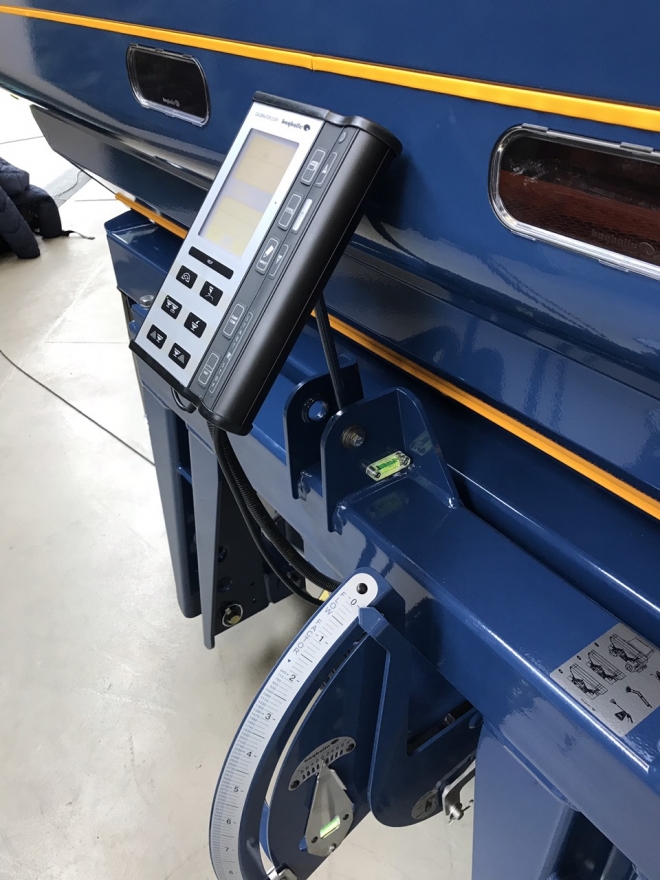 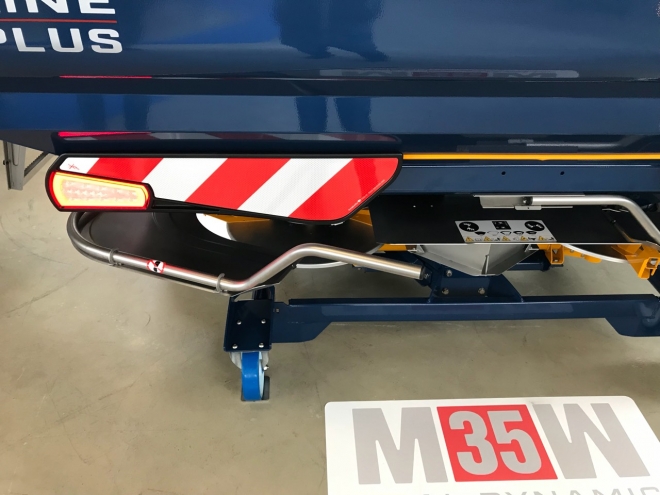 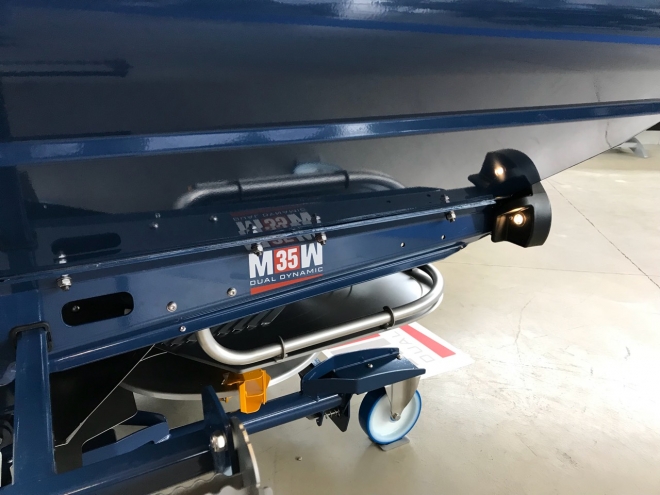 The Danish family-owned company BOGBALLE specializes exclusively in the production of fertilizer spreaders and in the Scandinavian countries it has over 95 percent market share in this type of machines. A month before their official presentation at Agritechnica, 60 people from 25 countries had the chance to see the models of the new M Plus series. The motto of the event was "Faster, Smarter, Stronger", which describes perfectly the improved machines.
The M Series, which is a best-seller in Bulgaria, has been upgraded and expanded. The main innovation is that each model has a 500-liter bigger maximum lifting capacity. This means that the construction of the machines has been improved as well. Another novelty is the ability to spray a much larger amount of fertilizer per minute - from 380 to 650 kg/min. The third innovation is that we may have a variable rate even along the working width.
The M plus series fertilizer spreaders are designed to solve the most complex and complicated field problems. In doing so, they provide the simplest and most economical solutions. Like the unique Trend System, the Weighing System with full auto calibration while moving, and the interactive parameters of the ZURF Calibrator settings. The new M series have bunkers with a width of 240 to 290 cm and a capacity of 1250 to 5550 liters. They are coated with Flexi Coat powder paint, which is 30 times more resistant to corrosion than traditional liquid paint, and each element passes 7 stages of treatment and cleaning before being painted.
The In-Centre system is used for normal fertilization in the field; the spraying discs are rotated towards each other and to the center of the spreader. This achieves a perfect "4-fold overlap", which results in excellent dispersal with a reasonable tolerance in the field.
The tow system provides a high level of precision. It registers the flow changes and adjusts the valves automatically when moving. Therefore, the amount of fertilizer used is precisely controlled, which ensures optimal use. For offset, the off-center system is used. The only setting is to change the direction of rotation of the discs. This system provides the perfect spreading of the fertilizer to the boundary of the field or, optionally, from its boundary.
The computerized modifications with the W index feature a contemporary design. Their internal capacity is redistributed in the longitudinal direction so that the sill gauge does not extend beyond the rear wheels of the tractor.
And again a small but very useful detail - cleaning the inside of the machine is extremely easy and fast. You just have to put the hose in special holes under the removable light plates. And you do not have to climb anywhere to clean the fertilizer on the inside. And such clever details in the machines are dozens, such as the special LED-lights that are completely waterproof.
The world's largest semi-mounted fertilizer is Bogballe M60W plus. The capacity of Bogballe M60W plus is 5550 liters and the fertilizing width is from 12 to 42 m. The M-series of fertilizers have a sturdy frame in the form of a parallelogram with built-in tilt and vibration sensors. The sensors allow you to monitor and eliminate any disturbances caused by vibrations due to terrain unevenness and slopes. Violations are compensated by the automatic dosing system. The machines can also be with ISOBUS controller or an ISOBUS converter coul be joined to the existing machine with a computer.
Until now, of course, all Bogballe computer-controlled fertilizers could maintain the "variable rate" function according to a yield map or the chemical composition of the soil. The new models can now apply the variable rate along the working width as well.
Nils Larsen, the third-generation owner of the company, says it is important for the machines to be both simple to service and at the same time high-tech and precise.
"The company was founded in 1934 by my grandfather. I have been in charge for 25 years now. Our factory covers over 20,000 square meters, with 95 percent of our production being exported outside of Denmark. We are a very high-tech company. Almost all of our production is automated and robotized. We produce only fertilizer spreaders. Our machines work in nearly 100 countries around the world. In Bulgaria since 2015 we have a very good and strong importer in the face of Bulagro Machines."