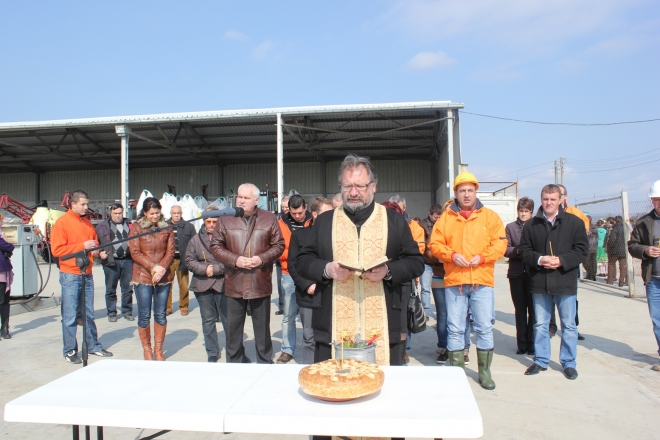 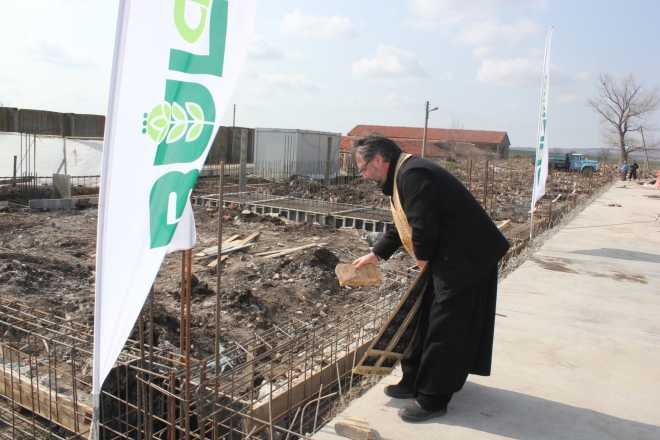 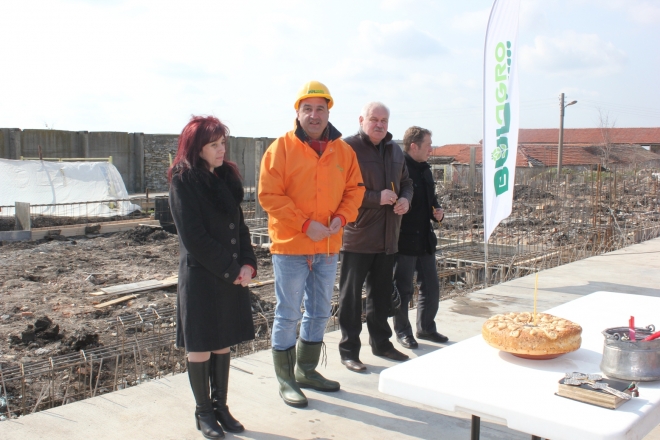 With a traditional ceremony on March 5 we marked the beginning of the construction of our new seed preparation factory in the village of  Yazdach near Stara Zagora. The event was opened by the Executive Director of BULAGRO GROUP Hristofor Bunardzhiev. The mayors of the municipality of Chirpan and the village of Yazdach welcomed the important investment in the region. The traditional ceremony was attended by local farmers and representatives of institutions, who expressed their best wishes for success to the team of BULAGRO. Children from a folklore dance group in Chirpan performed especially for the guests of the event.

The project is financed with European funds from Measure 121 for modernization of Bulgarian agriculture. We use high-yield hybrid seeds of leading Austrian and French companies, which will be packaged and prepared for shipment in the new factory. The expected annual production of the factory is between two and three thousand tons, which will allow between eighty and one hundred thousand acres of wheat landin Bulgaria to be planted with these modern seeds.

The construction work will be completed by the beginning of harvest. The new factory will be part of the company BULAGRO LAND, which was established in 2007 with the main purpose to test new hybrid seeds, plant protection products and innovative technologies.

With the construction of the new factory BULAGRO will ensure quality production from the field to the client's door!