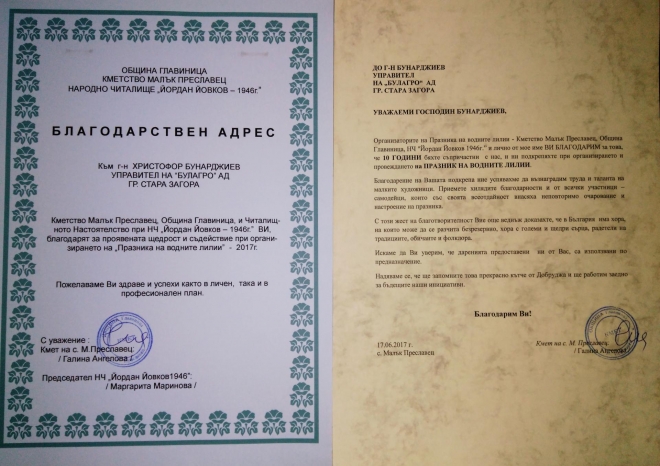 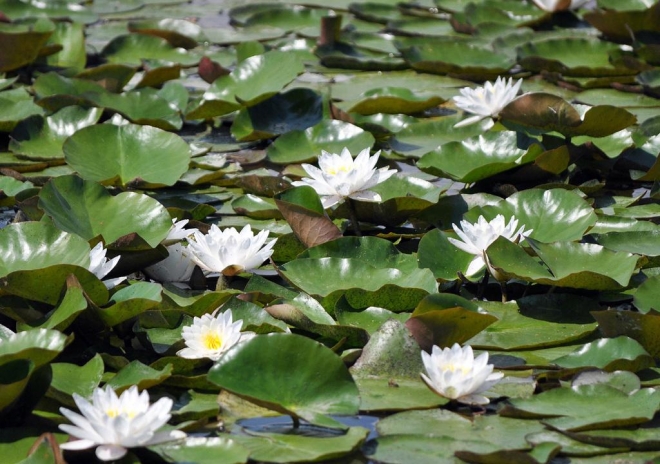 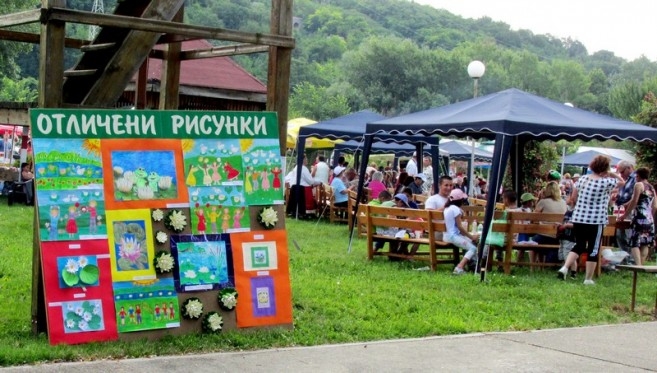 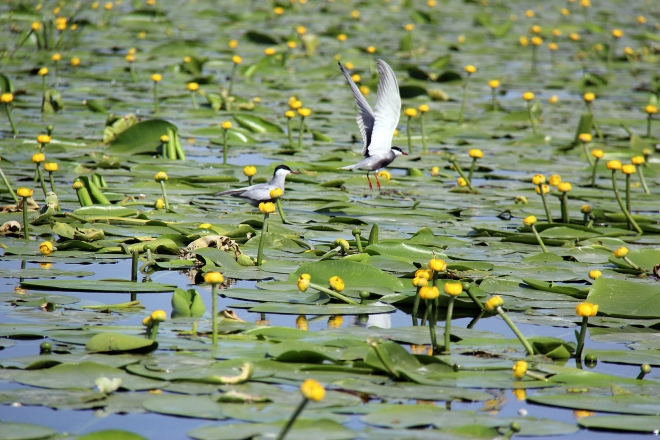 For the tenth consecutive year in the middle of June in the village of Malak Preslavets, Silistra region, the Water Lilies Festival was organized. Its aim is to popularize the great aesthetic value of the Malopreslavets marsh - one of the last preserved wetlands on the Bulgarian bank of the Danube. The white water lilies and the large concentration of rare and endangered birds are little known to the general public and are of interest for scientific researchers and amateur visits. The birds' variety in the area so far numbers 147 species, of which 82 are nesting. The festival passed with many interesting drawing, song and dance contests, and gathered a lot of people from the whole country
Bulagro Group, as a supporter of the preservation of the Bulgarian traditions, folklore and nature, has supported the organization of all editions of the Water Lilies Festival.
We would like to cincerely thank the Mayor of Malak Preslavets, Mrs. Galina Angelova, for the warm words we received in the "thank-you" address!