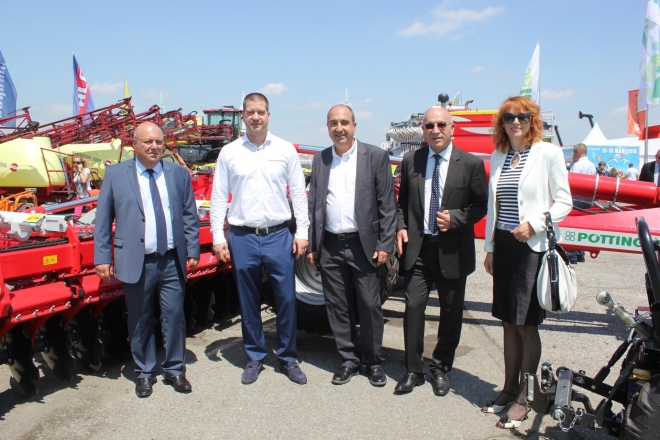 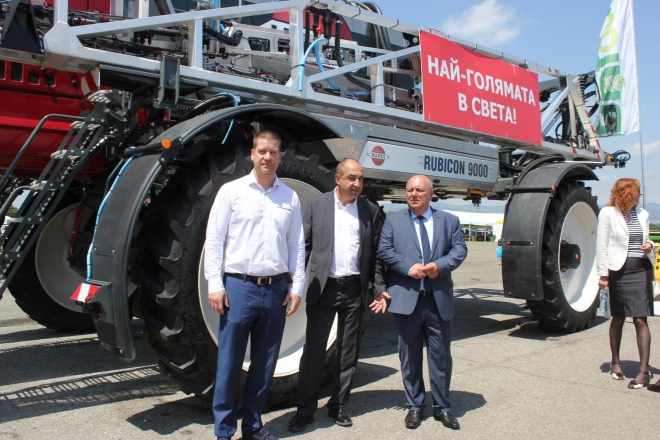 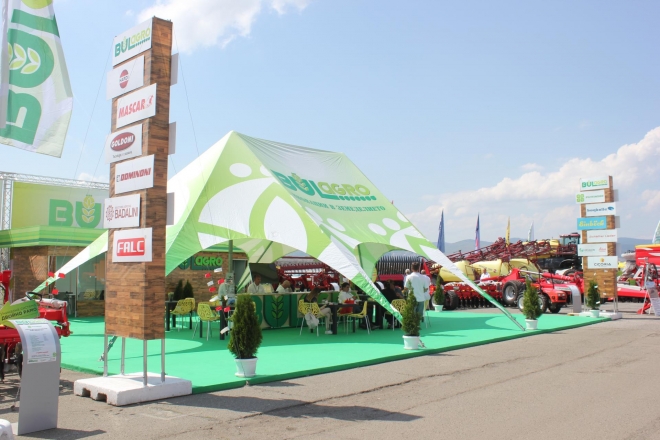 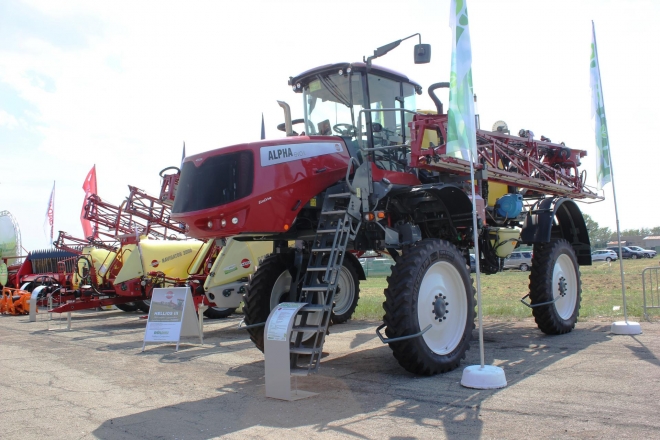 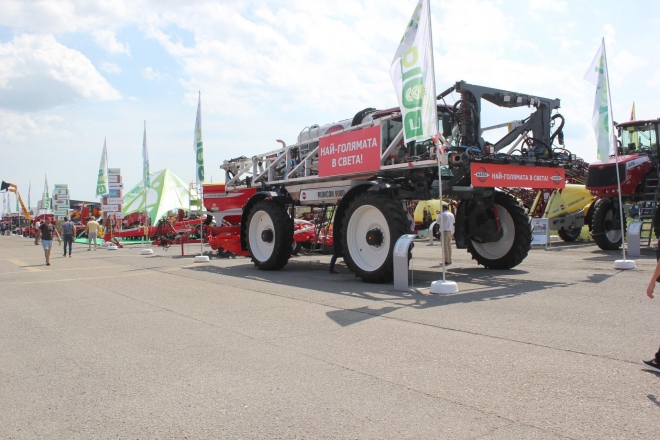 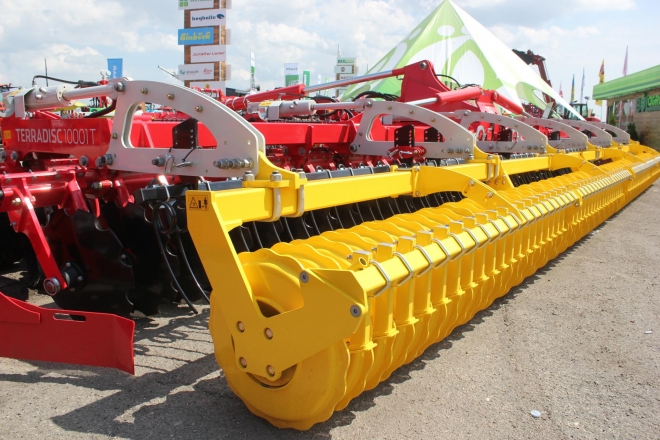 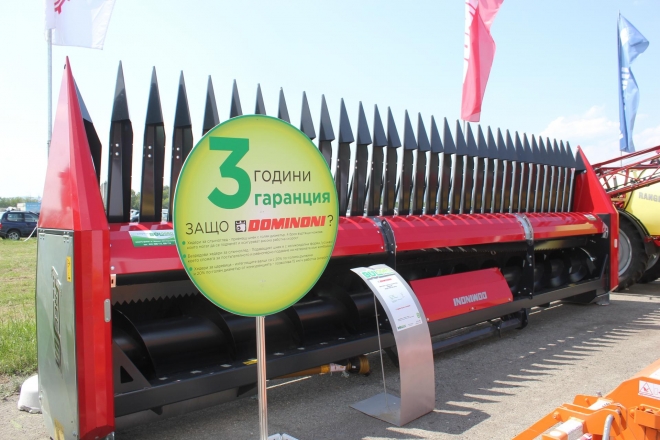 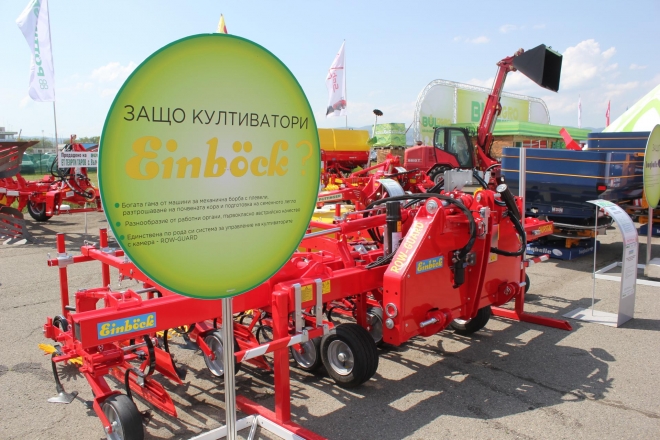 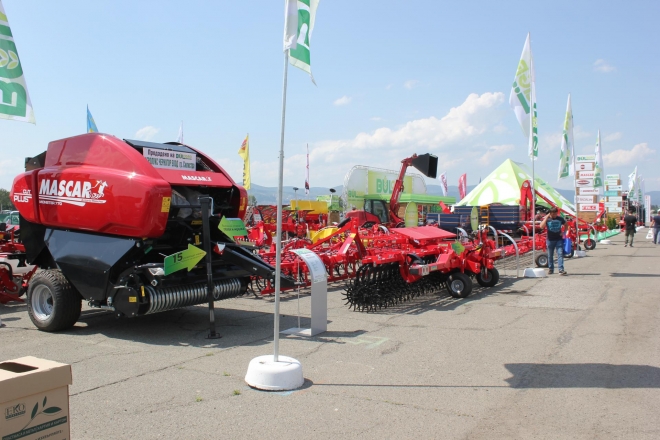 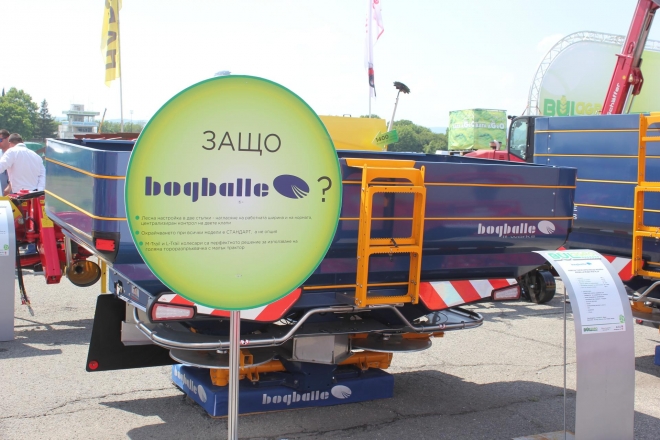 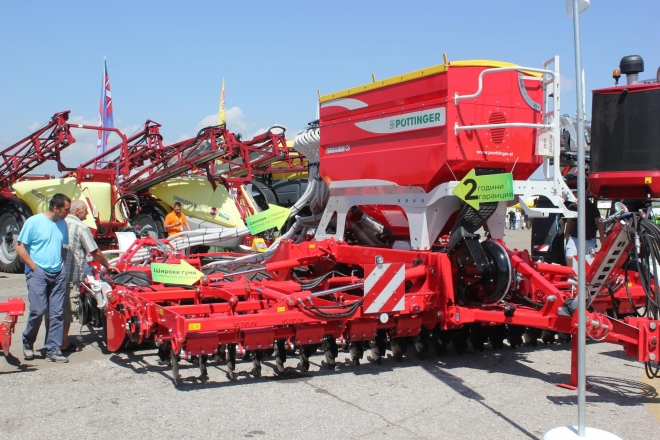 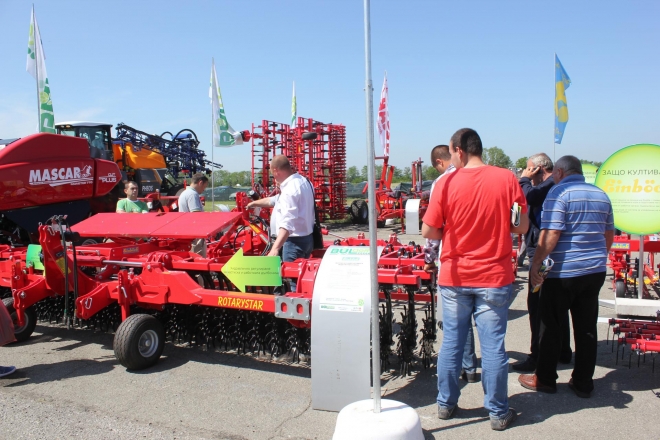 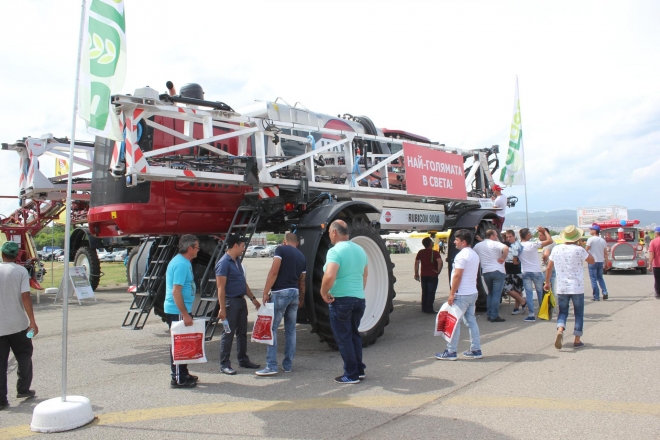 A wide range of modern high-tech machines for every farm and two world premieres - this is what we presented at the largest specialized agricultural fair in Bulgaria - BATA AGRO, which took place from May 15th to 18th at the airport in Stara Zagora.

The main focus at our stand, which was the first thing visitors saw when entering the main entrance, was the premiere of the world's largest self-propelled sprayer - the new HARDI RUBICON. It marks the beginning of a new class of self-propelled sprayers designed to meet the productivity requirements of large farmers. The most important advantages of this machine are its capacity and speed. It is made for large farms with huge areas and little spraying time. Its stainless steel tank is enormous in comparison to the rest - 9,000 liters. It has a high clearance - 1.85 meters so that it can cover all kinds of crops. The track width can be adjusted in motion from 3 to 4 meters. RUBICON can move at 55 km / h during transport and spray at 35 km / h. This makes it possible to spray over 10,000 decares a day using the largest 52-meter wings. The fuel tank of the sprayer is 1 tonne, and RUBICON is powered by the most modern engine Cummins © QSL 9 Tier 4 Final with 380 hp. (283kW).

Another HARDI model, the well-known ALPHA self-propelled sprayer, is already available with an increased capacity of 5100 liters. The cab is also new - the ALPHA EVO CAB II, with 320 degrees of unobstructed visibility and full control of all processes directly from the HARDI SprayCenter cabin. Pneumatic suspension is standard equipment for the new ALPHA. The machine features a 6-cylinder Deutz Tier 4 engine with 245 hp. and Easy Drive hydrostatic transmission.

Shortly after its premiere in Hanover at Agritechnica 2017, the unique new disc harrow of PÖTTINGER - TERRADISC 10001 T, was also shown at the fair in Bulgaria. Its working width is 10 meters and the transport width is 3 meters. It has a patented system of hydraulic accumulators to soothe bounce during operation and two additional cylinders on both arms, for additional pressure on both sections, as well as folding in transport position. The working depth is hydraulically adjusted, and during a turn, the harrow moves only on the roller. The new disc harrow is also available in a smaller version - with a working width of 8 meters.

After the fair, the presented machine went straight to its new proud owner in the face of a Bulgarian farmer, where it will prove its abilities this summer.

The remaining equipment of the Austrian manufacturer PÖTTINGER, which was exhibited at the fair, included ploughs, mechanical and mulch seed drills, disc harrows, mowers and rakes. All of them are available in Bulgaria with a full 2-year warranty, only from Bulagro Machines.

Among the top offers of our stand were the BOGBALLE M Plus series of fertilizer spreaders, which come with some improvements. The load capacity is increased by 500 kg, the machines are now spreading a much larger amount of fertilizer per minute - from 380 to 650 kg / min, and offer a variable rate even alongside the working width.

We thank everyone for their interest in the machinery we presented at BATA AGRO. We are also looking forward to seeing you at our annual summer demonstrations, where you are going to see how our machines work in the field.