Home  ›  NEWS  ›  Another successful field demo in the region of Pleven 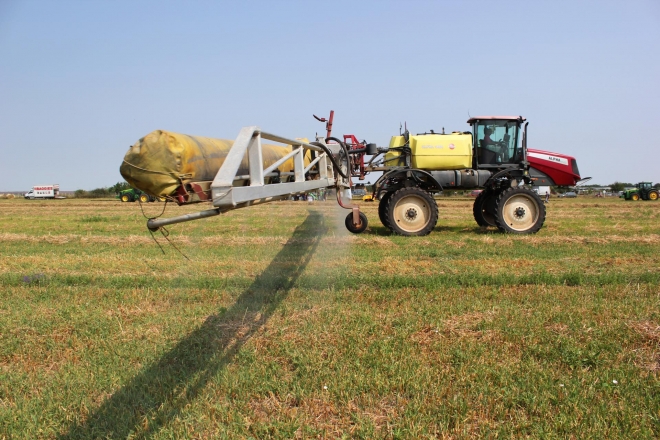 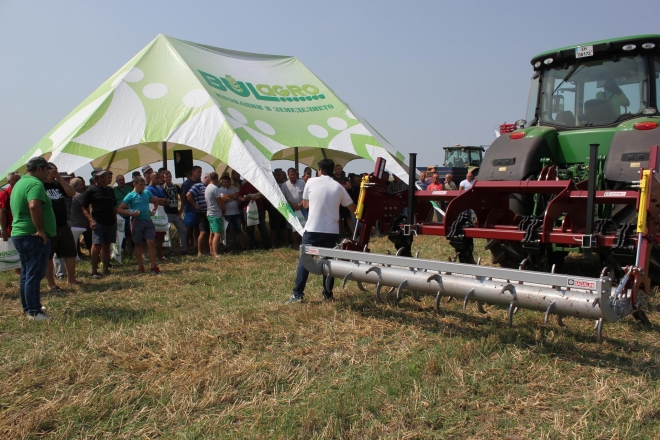 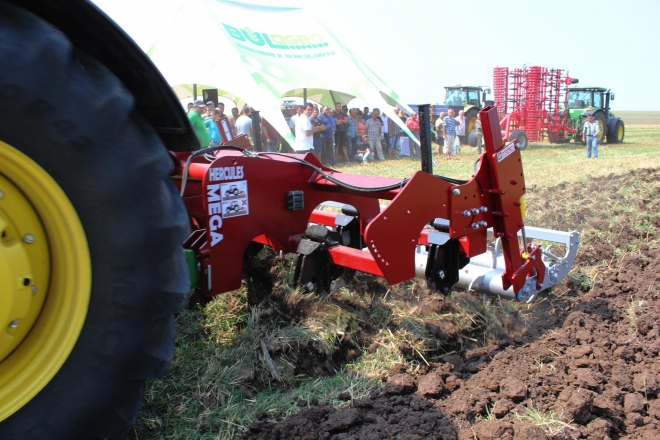 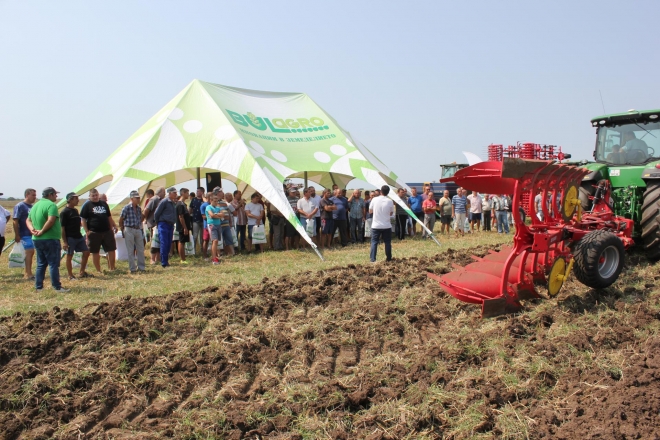 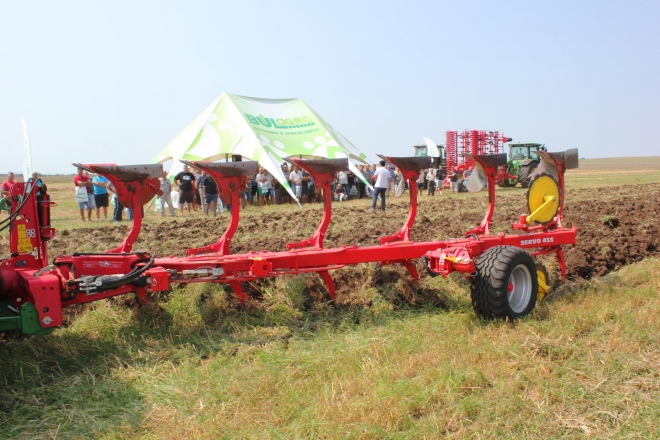 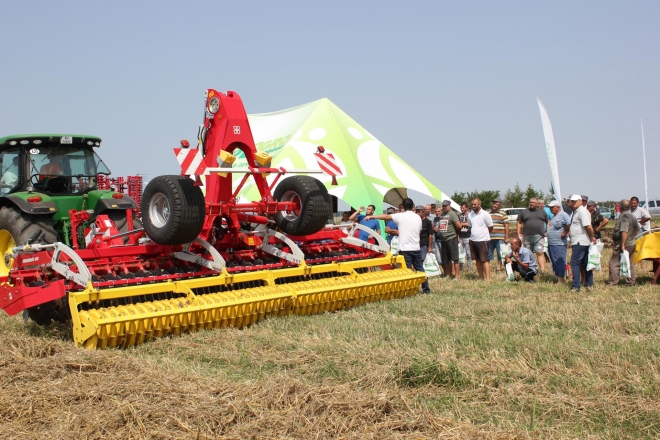 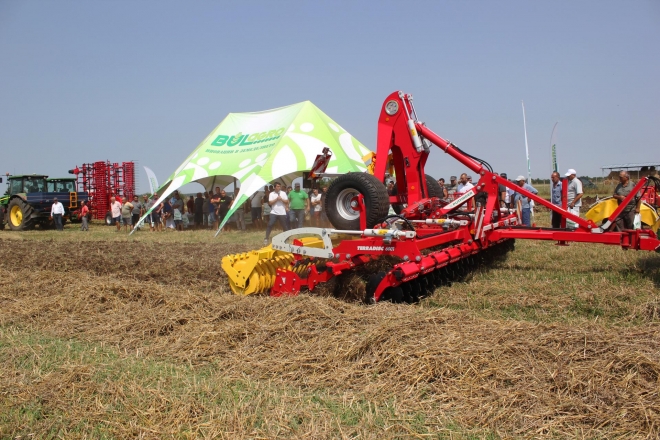 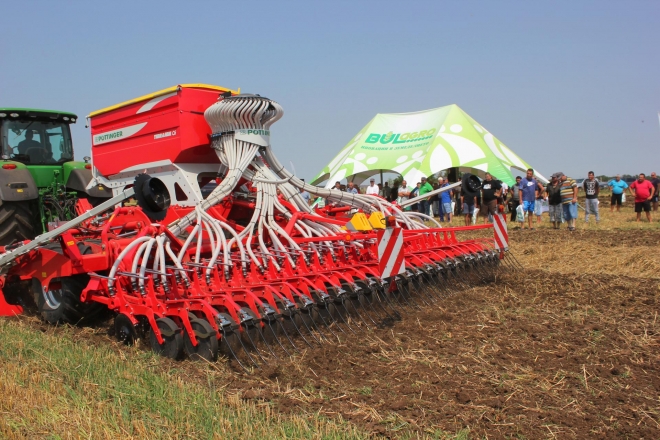 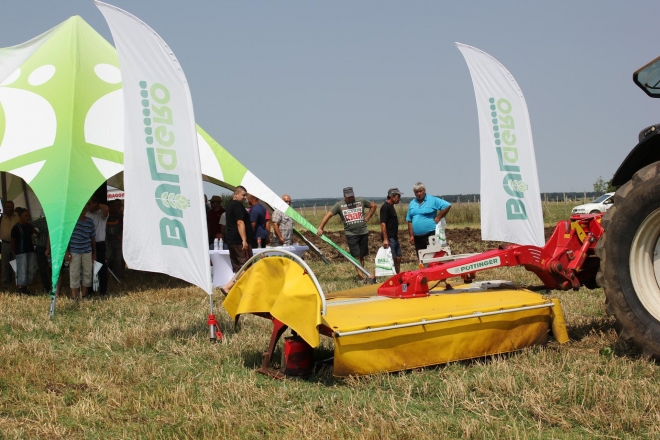 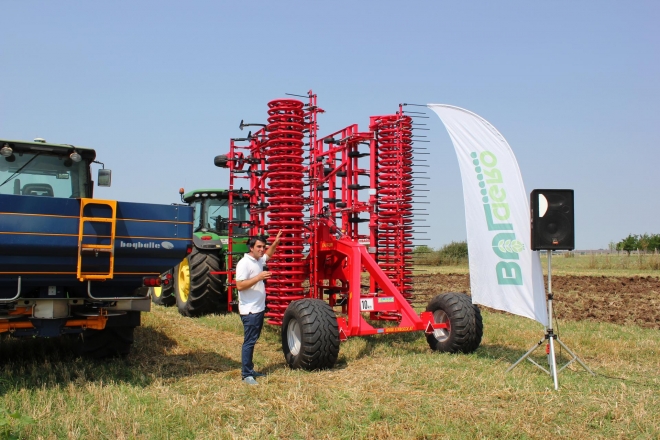 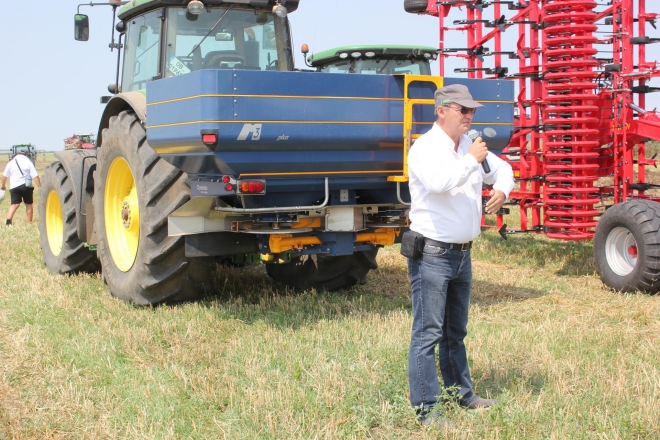 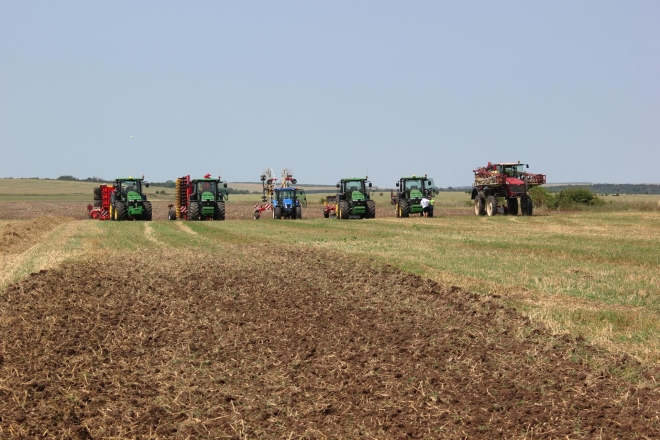 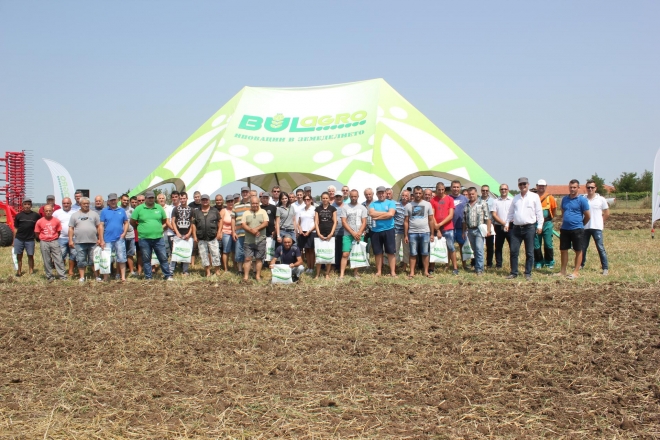 On August 9th the seventh consecutive demonstration of Bulagro Machines was held in the village of Valchitran near Pleven.
We started with the HARDI ALPHA EVO self-propelled sprayer, which we showed in spraying mode with and without air assistance in order to convince farmers of the benefits of the HARDI patented system. Then we continued with the tillage machinery - suboiler BADALINI HERCULES MEGA, plough PÖTTINGER SERVO 45S, disc harrow PÖTTINGER TERRADISC 6001 and mulch seed drill PÖTTINGER TERRASEM C6. In addition to these machines, the farmers also got acquainted with some stationary models: the PÖTTINGER NOVACAT Alpha Motion disc mower, the BOGBALLE M3 PLUS fertilizer spreader and the EINBÖCK TAIFUN universal cultivator.
We thank our kind host Mr. Georgi Tarov for the cooperation!